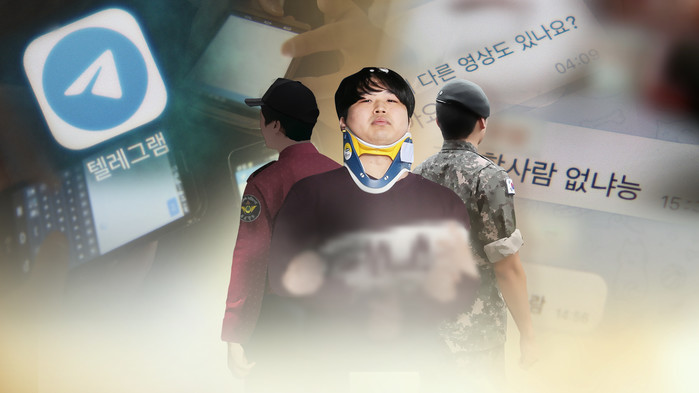 Recently, online sexual violence against women, as exemplified in the Telegram Nth Room scandal, drew widespread public attention in South Korea. The chat room operators obtained explicit sexual and sometimes violent footage of victims including children and adolescents, such as nude photos. They lured victims under false pretenses, including offering employment, and gathered their names and contact details. They then used the images to blackmail them into producing increasingly cruel and dehumanizing footage. The scale of crime was enormous. According to some women’s groups, an estimated 260,000 participants, including overlapping members in different chat rooms, paid up to 1.5 million won (US$1,200) for access, “proving” themselves by posting misogynistic content. (2)

The level of damage to the victims involved is very severe. Digital sex crime is consumed by a large number of people online and it is very difficult to get rid of the illegal film. (3) The damage in this particular case will not be limited to women who have been used directly for sexual exploitation. Many women in society will perceive potential criminals everywhere following the Nth Room Case and feel anxious. Thus, sexual crimes like this might eventually lead to greater gender conflict and be an obstacle to gender equality.

Facing this case, many Koreans have become increasingly concerned with online sexual abuse. More than two million Korean people signed a petition to have the assailants’ identity made public. (4) This measure was implemented, and the government said it will take strong action to reflect public opinions.

Can we make horrible events that have already happened into something that never happened? The answer is, of course, “no”. Then, our main course of action should be to see what caused this tremendous crime. The fundamental reason why digital sexual crime is happening is the lack of consciousness of gender equality in society. Our society still has a male-centered sex culture, where women are treated as objects or possessions to satisfy men’s sexual desires. Many people have taken a bystander attitude toward the consumption of sexual exploitation. People thought that victims of sex crime are only specific people separate and different from themselves, and that they themselves would not be harmed. There is further still a tendency to believe that buying and selling sex is not a crime. (5)

In addition, the moderate justice system for sex crimes so far is also a problem. There have been many similar incidents like the case of “Soranet“ [Illegal video sites targeting Korean users in countries where adult sites are legal, with servers in Canada and Australia] until now.(6) However, the level of punishment for such crimes has been very low. According to the Sexual Violence Punishment Act, illegal filming and distribution of sex offenders are sentenced to up to five years (up to seven years in case of profit), but according to the 2018 National Police Agency’s criminal statistics, the state of punishment for digital sex offenders was only 71.9% for fines, 22.2 % for probation or sentence and 5.3% for imprisonment.(7) The public feels that these judicial systems do not properly punish sex crimes and do not play any important role in curbing sex crimes. (8)

So what do we need to do to eradicate digital sex crimes? First of all, high-quality sex education should be provided to cultivate more balanced values on gender and sex. Sex education in public education is currently not realistic or practical. It only repeats some theoretical content. Thus sex education needs to be improved when looking at recent problems. In order for children to understand and exercise their sexual self-determination in the future, they should deal with realistic issues such as contraception and sex crimes. In addition, comprehensive sex education should be provided not only for children, but also for all members of society. In the culture of touting sex-related issues, members of our society are not well aware of what the concept of gender really is. Sex-related problems naturally have arisen in this reality. Thus, these sex crimes and gender inequality problems could be fundamentally solved when all people have increased gender awareness. (9)

The legal system also needs to be improved, particularly the punishment of digital sex crimes. Criminal laws that reflect the characteristics of digital sex crimes vary in spread and range. Efforts to delete the video should be implemented on a greater scale. (10 This means international cooperation should be achieved, such as Korea signing up for the Convention on Cyber-crime (as signed by many countries). Digital sexual crimes often occur with servers overseas, and there may be criminals anywhere in the world, so international cooperation is essential to arrest them. Ultimately, this should create an international network environment in which sex offenders cannot operate. (11) In addition, standard sentencing practices for digital sex crimes should also be set up to ensure proper punishment. And perhaps most importantly, rather than just punishing criminals, a system that supports victims should also be in place. The government should establish measures to protect the victims’ privacy and help them have a stable life, including psychological counseling for victims. (11)

It will take a lot of collective effort for all of us to live in a safe and gender-equal society. I dream of such a society being built as soon as possible.